How to Win a Bike Race: OPC Crit Race Report

Riding for To Wheels this year has meant new opportunities for team tactics. And sure enough, Steve, Scott and myself put on an absolute clinic of how to win a bike race. To be honest, I’m still buzzing from this and it feels more of a thrill than any solo result I’ve had to date.

So, how did it play out? We knew that Scott Breen was our secret weapon. An absolute powerhouse, Scott is newish to crit racing so just needs to pick up some points for an upgrade. Steve and I both have potential as well, so we had three cards to play, all favouring a breakaway more than a sprint.

A tight and twisty course, the race rolled off at a fairly casual pace with no one taking any big risks to start. As often happens, things took off with the first prime lap and Steve was ready for it. With the pack strong out, Steve went off the front with Bill Hellems to tune up the pack. While this attack never got more than 5-6 seconds away, Scott was on the ready. Sure enough, when the catch was made Scott took off and Steve switched straight away to marshalling the front. Steve did an awesome job for several laps holding the pack back and giving Scott breathing room to stick the break.

A bit over the halfway point I saw Steve roll back into the pack so jumped into action. I rode up to second wheel, sitting on, and when the lead rider pulled off I simply soft pedalled. When the pack woke up and someone else came around, I jumped on their wheel, sat, waited, coasted, repeat. Lap after lap Faction, Cyclepath, First Draft, and East Side Riders came around one at a time, some sprinted a bit of a chase, others took long pulls, either way I just sat second wheel and froze the line. Only Bill Hellems made any effort to move me out of the line but it was too late and the bunch couldn’t get anything coordinated going. One rider even tried to coax me into chasing Scott down myself. No deal! 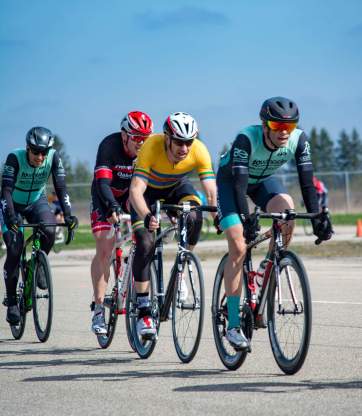 Sure enough, it went perfectly and Scott rolled in 27 seconds ahead for the win. He put his TT power to work and executed adeptly. With Steve making the break happen and me helping it stick, it was textbook stuff. Steve even sprinted in for 6th at the end.

A great day out on the bike and looking forward to having the option for going for it myself sometime this season! 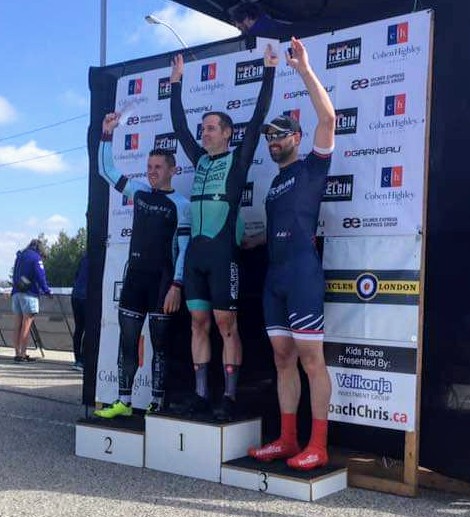