Um, you guys, I won my first running race!!!

This race was a complete whim. It was Father’s Day, so the week before I looked around to see if there were any races to do, but also wanted to get in my long run. Seeing a 5k at our local park, I decided a 4.5k run to the race, race, and run home would be a perfect long run.

More of a fundraising focused event, although there were about 350 participants, I wasn’t expecting too deep a field. However, Albano Castanha was there, who has beaten me about a dozen times over the last 4 years (ie. every time we have run together), as well as some fast looking young folks. No worries though, I hadn’t tapered at all and was really just out there for fun and to test my fitness going into triathlon racing season. 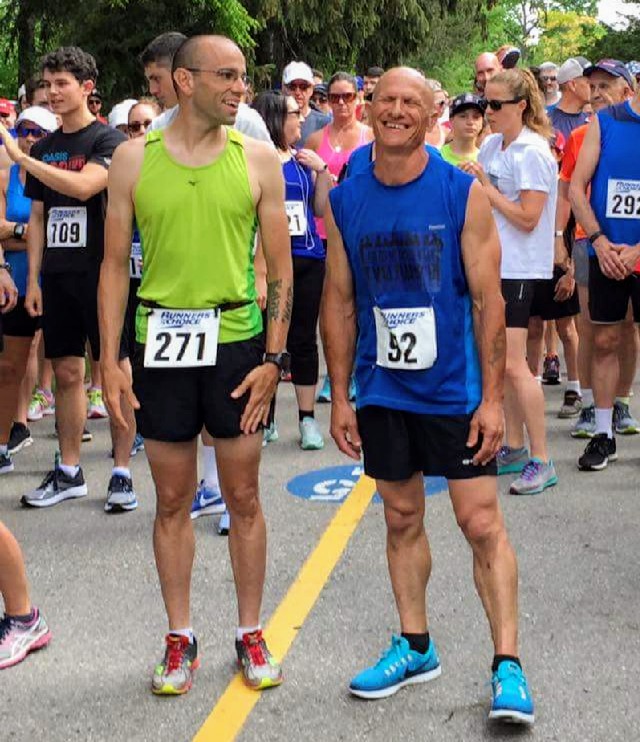 (I wish I could remember what I was saying in this picture!)

At the gun, Albano set out with a ferocious pace and I decided to just try to hang onto him for as long as I could. However, he has been struggling with injuries for a while now, and 1k in he started to slow. With #108 right on our heels, I decided to hold the strong pace and see what would happen in the lead.

From there, it was fairly uneventful. At the turn around I had a few seconds on #108, and a few more on Albano. One funny occurrence was spotting my mom sitting on a bench in the park and having the opportunity to yell, “I’m winning a race!” I definitely started to fade a bit after the turn-around, particularly at about 3.5 km when the heat really kicked in. However, at each glance back I had a couple more seconds on the guys behind.

It was just a matter of hanging on to the finish. One fun opportunity of being out in front was hearing all the exclamations of surprise and compliments from those on the out-and-back course who were still headed in the other direction. Friends cheered me on and I got a 10/10 high-five from Jill (I think my hand still stings). 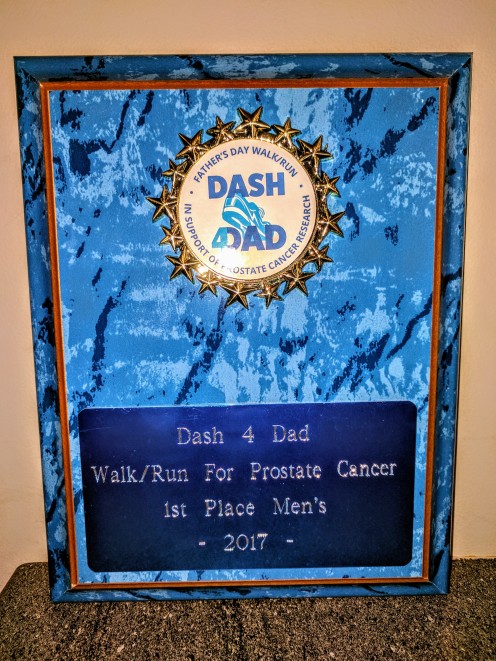 So, I got this great plaque for my shelf recognising my first win. I’ve had some seconds in runs before, but at my age you need a couple of the younger folks not to show up if you are going to have a chance at first.

Next up? It’s multisportcanada.com Welland tomorrow, and I’ll be going for a sprint distance PB.

As always, thanks to 3sixty5cycling.com for the support this season!